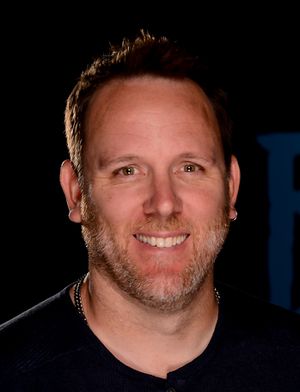 Robert Bridenbecker is the executive producer and vice president of Classic Games at Blizzard Entertainment.[1]

Bridenbecker began working for Blizzard in 1995.[2]

His deep knowledge and passion for online technology led to the establishment of Battle.net, going on to help guide its evolution in the years that followed.[1]

He used to be Vice President of Online Technologies at Blizzard.

In 2015, he formed the Classic Games team.[2] In recent years, he led classic games’ loving upgrade of the real-time strategy classic in StarCraft: Remastered and brought the acclaimed action RPG Diablo III Eternal Collection to the Nintendo Switch.[1]

Brother's death and tribute in Wrath of the Lich King

His brother was Bradford C. Bridenbecker, who died of cancer in 2007. After his brother's death, he sent an E-mail to Blizzard to request a character be created in tribute; when word of this reached Chris Metzen, a quest chain was written for Wrath of the Lich King, involving a character named Crusader Bridenbrad.[3]