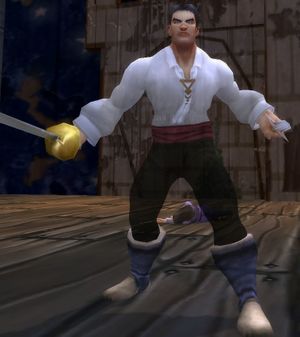 Romulo is one of two bosses in the fourth encounter in Karazhan.

He can be seen backstage during the Return to Karazhan.

Maybe if her acting had been less transparent, we wouldn't be out of a job!

It's possible that him being undead is a part of acting and disguise.