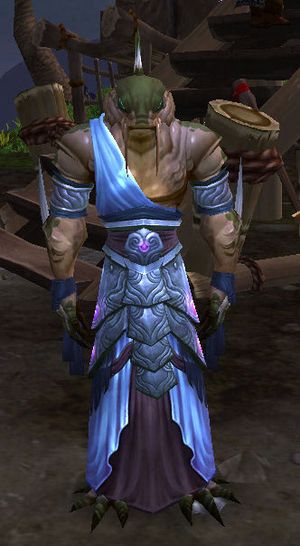 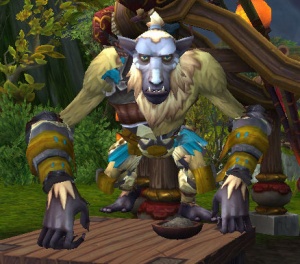 You may know your next challengers. They were arguing fiercely when they arrived, so I have charged them with fighting side by side.

This will teach them the strength of friendship, and possibly entertain me in the process.

Go to the north eastern arena and face this jinyu and hozen.

Do not be gentle, they need to learn to work together.

(Clever Ashyo & Ken-Ken: "These two traveling companions continue to harass each other.")

Strength can come from an ally as much as from one's self.

Pity that those two did not learn their lesson yet. No matter. In time I am sure they will come to see wisdom.

In the meantime, congratulations on your victory.

Cross the bridge to the north and enter the building. Clever Ashyo is a level 90 jinyu with 787,000 health and the following abilities:

If Ken-Ken casts his whirlwind attack, get out of the way but otherwise don't interrupt him. He will stay out of the fight for ten seconds, damaging himself and possibly Ashyo if their paths cross. Ashyo's healing spheres can be popped, but Ken-Ken won't typically run through them. Get out of the water spouts, though. Otherwise, this fight is merely a function of kiting, as the specials each unit has can easily be avoided.