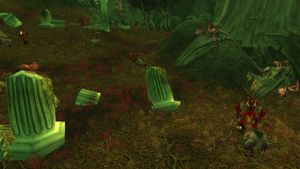 Demons versus druids in the Ruins. 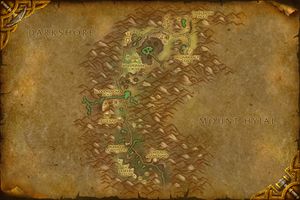 Xavathras, and his group of Jadefire satyr, inhabit the area. Judging by the remnants of the architecture, and the existence of a moonwell, it used to be one of the many night elven settlements near Mount Hyjal. The moonwell has since become corrupted with Fel energy, and is being cultivated by Xavathras on behalf of Xavaric.

Druidic Emerald Bearkin are attacking the demons of the Ruins. A camp rests to the southeast where Eridan Bluewind and Arcanist Delaris await with quests. Further into the heart of the Ruins the path leading to Xavathras is blocked by a wall of fire.

A large portion of the Ruins of Constellas are a night elf archaeology dig site.