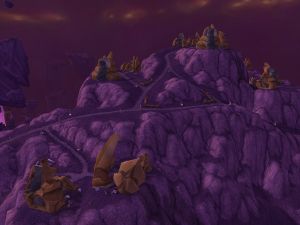 The Ruins of Farahlon were once a draenei settlement. The ruins are located in northern Netherstorm just northeast of the Stormspire.

A mighty dreadlord named Culuthas killed all of Socrethar's Burning Legion demons in the ruins and summoned his own void terrors called Hounds of Culuthas and beholder minions called Eyes of Culuthas. He holds an Ata'mal crystal, a powerful draenei artifact, which he apparently retrieved off the dead Burning Legion after they excavated it.

Farahlon was also the old name of Netherstorm. 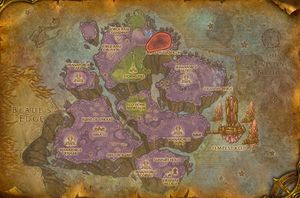 The Ruins of Farahlon are a Draenei archaeology dig site.

Void terrors may have a connection to Observers as Socrethar hints that Culuthas summoned both many-eyed demons the same way.