Bring the Rumbles of Thunder to Lorewalker Cho.

The foreboding sound of thunder has haunted my people for generations. And as you have discovered in your own research, Lei Shen is at the heart of that fear.

What we know of Lei Shen are dark legends that have been remembered over the vast span of time. I often wondered if these legends had exaggerated the power of Lei Shen. But your research would suggest they may have greatly underestimated the Thunder King. These are dark days indeed.

We will add this knowledge to your collection. If you wish me to narrate this for you, simply point at the correct volume in your Private Collection. 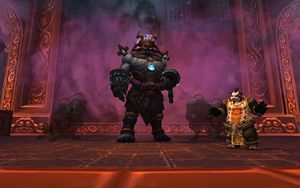 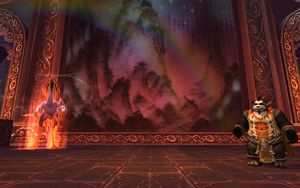 [Rumbles of Thunder] Pandaria exploration achievement, Lorewalker Cho sends a letter via the in-game mail system. The letter has an item attached that starts this quest. see the achievement for more details.