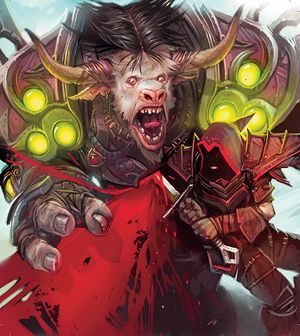 Rupture is a level 22 Assassination rogue finishing move that inflicts a bleeding wound on the target, working as a DoT.

Previously, Rupture was a static damage finishing move that offered the same DPS no matter how many combo points were saved up—additional combo points only extended the duration of rupture. The prevalent strategy was to gauge how many seconds left your target had to live, and to only use enough combo points to match it. However, Rupture was overhauled to improve its scaling and make it a more attractive ability for end-game use. This change was later reverted, making the DPS the same regardless of the number of combo points used.