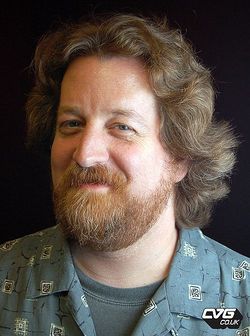 Russell Brower was Senior Director of Audio and Lead Composer at Blizzard Entertainment,[1][2] which he joined in 2005.[3] He is a well known music composer who has created and directed music for World of Warcraft, StarCraft II, Diablo III and Hearthstone. He left the company July 22, 2017 due to his position being eliminated, but indicated that he would likely work with Blizzard as a freelance composer in the future.[4]

Russell Brower has over 30 years of experience as a composer, audio and musical director, and post-production supervisor, with a background that includes television, film, theme-parks, and games. Brower is also a BAFTA-nominated composer and a three-time Emmy Award winner.

Brower is the senior director of audio and lead composer of Blizzard Entertainment, a leading developer and publisher of video games, including World of Warcraft. He previously served as a principal media designer and musical director at Walt Disney Imagineering.

Brower currently serves both on the Society of Composers & Lyricists Board of Directors, and the Game Audio Network Guild (G.A.N.G.), and is a member of ATAS and NARAS.[1]