From Wowpedia
(Redirected from Samwise)
Jump to: navigation, search 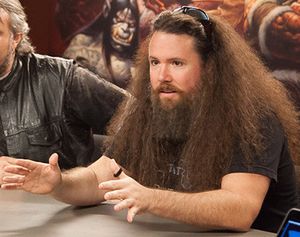 Samwise on Azeroth Choppers in 2014

“Basically, he's a WoW icon in every sense of the word.”

Samwise Didier is a senior art director at Blizzard Entertainment, currently working on Heroes of the Storm.[1] He was one of Blizzard's first artists, joining the company in 1991.[2] Didier's greatly exaggerated physiques and vibrant, bright color palette dictated the artistic style of Warcraft III, World of Warcraft, StarCraft: Ghost and Heroes of the Storm. He has provided art direction or additional art on almost every Blizzard game released to date.[3] 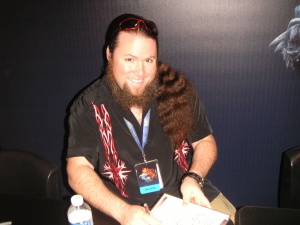 According to Blizzard cofounder Allen Adham, the name "Warcraft" was originated by Samwise when he shouted it out in his distinctive style during a lunchtime brainstorming session prior to the development of the original game, Warcraft: Orcs & Humans.[6] "Warcraft" was previously the name of Didier's Dungeons & Dragons character and was intended to be the opposite of the word "witchcraft",[7][8] and he mentioned that he had always wanted to use the name to make a game.[9] Didier also designed the first statue for Blizzard.[10] 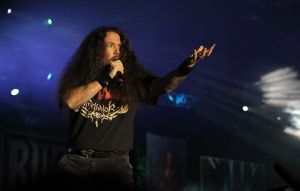