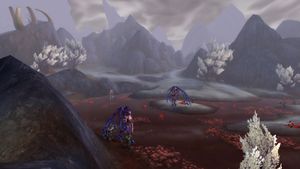 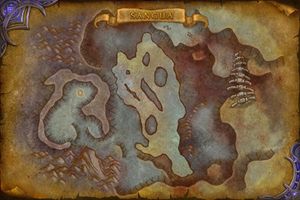 Map of the Sangua scenario.

Sangua is a world of bones and dust with a lake of blood being drained by the demons, resembling Sethekk Hollow on Draenor. When Legion Blood Drainers are destroyed, something stirs beneath the surface. Occasionally tentacles will erupt out of the ground as well.

In Legion an Invasion Point connects Argus to this target location. 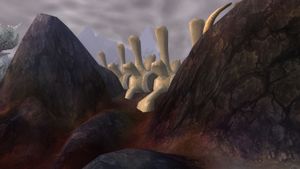 One of many large, displaced bones

The thing beneath Sangua's surface may be an Old God given its tentacles, but it may also be a creature native to the planet.