For the lore of the zone and its status after the Cataclysm, see Searing Gorge.

The Searing Gorge is a contested zone in the Eastern Kingdoms for players in the 43-52 range. It is home to a group of exceptionally stout dwarves called the Thorium Brotherhood, who have split from the Dark Iron clan.

For the Alliance, the entrance to the Searing Gorge in Loch Modan is locked until the

[Key to Searing Gorge] is obtained via a quest line that culminates in At Last! (level 48 quest). However, any Rogue with lockpicking of at least 225 can pick the doors. An alternate path can be found in the Badlands just south of Kargath. This is the primary Horde entrance, as they have no way of obtaining the key. 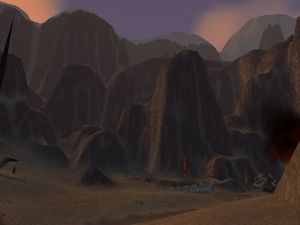 The climate is very similar to Burning Steppes, as it was the same catastrophe that blackened both: the summoning of Ragnaros. The Searing Gorge is a part of Khaz Modan. Before being shattered by the summoning it was a mountainous region, part of the Redridge Mountains.

Large mining operations take place in The Cauldron, a giant excavation site forming a huge rift in the middle of the Searing Gorge. The Slag Pit lies within The Cauldron and is an underground mining site rich with multiple types of ore. The mining work is mainly done by slave labor, which consists for the most part of captured enemies.

Ever since the Dark Iron dwarves' capital, Thaurissan, was destroyed by the summoning of Ragnaros, they have searched for a landmass to control for their filthy, industrious works. The Searing Gorge was the obvious choice due to a low military presence, scarce population, few settlements, and high vulnerability. The dwarven garrisons were soon overrun by a massive Dark Iron invasion which forced them to retreat to Loch Modan and seal the passage.

This area was normally sealed, and adventurers could only enter by traversing through Blackrock Mountain or by obtaining the

[Key to Searing Gorge], which follows a series of quests. Recently, however, the Horde garrisons stationed at Kargath, in the Badlands, have grown curious about the use of the area for tactical purposes, and have cut a narrow pass through the mountains south of their encampment.

Recently, the Thorium Brotherhood built a settlement in this area called Thorium Point. 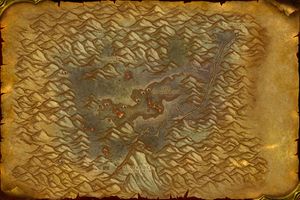 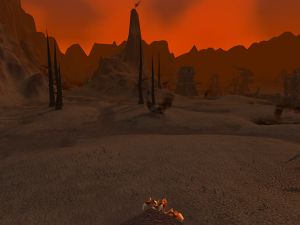 The Sea of Cinders 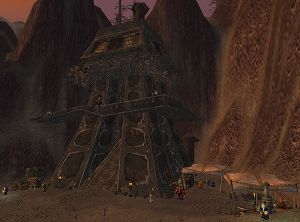 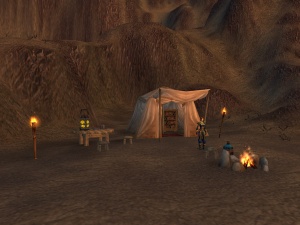 Searing Gorge is home to several characters of note. At Thorium Point, Hansel Heavyhands seeks aid in the battle against the golems, spiders, and incendosaurs of the region. Master Smith Burninate attempts to create fiery flux with the help of trustworthy individuals. And from his guarded spot nearby, Kalaran Windblade sends bold adventurers into the holdings of the Dark Irons in an attempt to burn down all of their sentry towers. 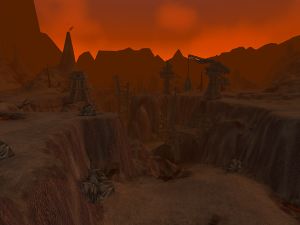 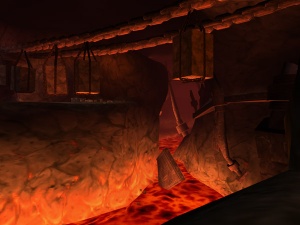