From Wowpedia
(Redirected from Sergeant Willem)
Jump to: navigation, search

Not to be confused with Willem (Tides of Darkness).

Willem is human soldier of the Stormwind Army. He reports to Marshal McBride.

He first appeared as Deputy Willem overseeing the defense of Northshire Valley in Elwynn Forest. Upon the Cataclysm, he was promoted Sergeant Willem. During the war in Draenor, he became Lieutenant Willem. 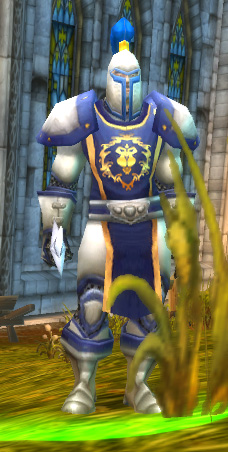 Deputy Willem prior to Cataclysm 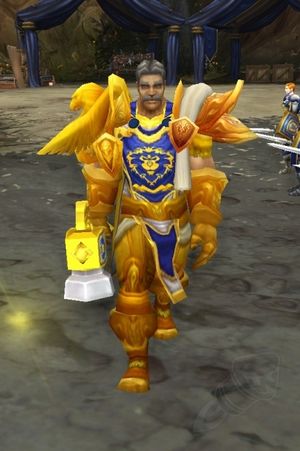 He originally stood straight in front of the garrison and his chief concern was dealing with the Defias Brotherhood that were once very problematic.

Upon rising in ranks, he and other members of the Army in the Valley have had their hands full dealing with a fully fledged invasion by the Blackrock orcs in the west. He can be found behind the abbey to the north-west, standing beside a tent and Alliance flag and staring through his telescope. Now he wears much plainer attire.

Upon another promotion, he traveled to the alternate Draenor and can be found in Southport in Spires of Arak.

Hello there, <class>. Normally I'd be out on the beat looking after the folk of Stormwind, but a lot of the Stormwind guards are fighting in other lands. So here I am, deputized and offering bounties when I'd rather be on patrol...