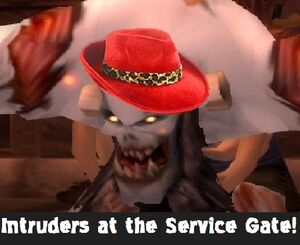 Barthilas came online 9th of June 2006 at 4:59pm GMT+10. Barthilas is the third Oceanic PvP realm, after Frostmourne in November 2005 and Jubei'Thos in January 2006, but before Thaurissan which opened November 2006 as a free transfer realm. Server time is set to GMT+10 (AEDT) or GMT+11 during Australia's Summer time, and most guilds raid at around 8PM server time. Barthilas is eligible as a destination realm for PCTs.

These are the guilds raiding Serpentshrine Cavern, Tempest Keep, Mount Hyjal & Black Temple at the moment.

Server:Barthilas US/Disbanded In memory of the guilds that have come and gone or who have fallen by the wayside.

A dedicated look and a little information on how these achievements came to be. (Decending order of what and when it was achieved)