This realm is connected to the realms: Boulderfist US, Dunemaul US, Maiev US, Stonemaul US 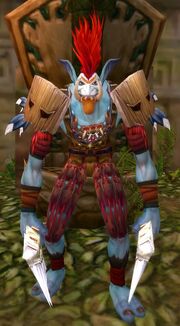 Named after the Bloodscalp troll tribe.

The following is an alphabetical listing of currently active guilds on Bloodscalp. Guilds are responsible for keeping their own information up to date.