This realm is connected to the realm Medivh US 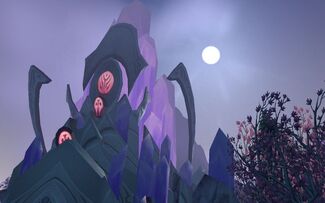 Exodar was launched on January 16, 2007 to coincide with the release of The Burning Crusade. It quickly became home to new and re-roll players alike as Draenei and Blood Elves inundated the starting areas. Due to the newness of Exodar, player's reaching 70 in a short amount of time found end game instancing and raiding difficult due to lack of player base causing some to find new realms to call "Home". Exodar was eventually listed as a "Recommended" destination for new players, which lead to a substantial population influx. In July 2007 transfers opened and Exodar's population has been increasing steadily as both players and guilds alike have been relocating to the server.

Listing of specialty items that can be crafted by Exodar's denizens: Crafting list and at the 3.1 Rare crafting List

All achievements listed on Blizzard's Armory for Feats of Strength