This realm is connected to the realm Scarlet Crusade US

Feathermoon is a US-based role-playing (RP) World of Warcraft server. 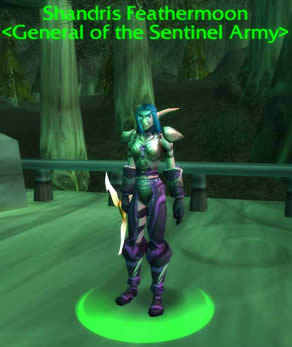 Feathermoon server time is equal to North American Pacific time, which is UTC-08:00 (-07:00 during Daylight Savings Time) and was one of the realms available at the initial retail release of World of Warcraft.

Feathermoon is part of the Cyclone battlegroup.

Origination of the Feathermoon name

The realm is named after Shandris Feathermoon, General of the Sentinel forces, second only to Tyrande Whisperwind. Feathermoon also refers to the island stronghold she commands west of Feralas.

To join any of these Channels, simply enter "/join x" into the textbox, where x is the channel name. For example, "/join LMC".

GlobalChat - OOC global chat channel for the gamers of Feathermoon.

PQ - IC channel is devoted to quests run by players.

FMNetOOC - OOC channel with the friendly, helpful people of Feathermoon.net 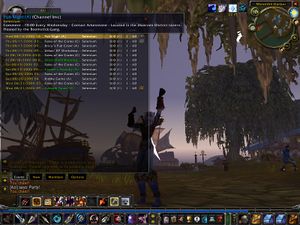 In the lands of Azeroth, there is much to do, even when not doing battle with murlocs or collecting gooey spider legs. To help people find something fun and exciting to do, the below guides and addons have been developed to assist: