This realm is connected to the realm Aggramar US 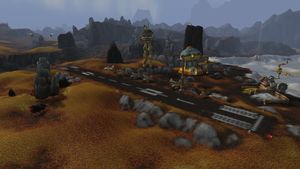 Fizzcrank is a PvE/Central timezone realm that opened for transfers on November 10th, 2008, just prior to the launch of Wrath of the Lich King, on the battlegroup, Retaliation (now Vindication). This new realm began to provide a home to players from a long list of overpopulated servers, with problematic queue times. On November 13th, 2013, Blizzard connected Fizzcrank and Aggramar, since Fizzcrank's population was diminishing. With these two realms connected, Fizzcrank grew to a High populated realm (during peak hours).

Fizzcrank's community considers the server a casual realm, with an on growing population, that's increased and decreased at different intervals in its life. The community is warm welcoming to anyone looking to make Fizzcrank their home. Like any realm, we have our trolls, too! We've given Fizzcrank the nickname, Failcrank. The reason behind this is the lack of motivation throughout the realm's history. This means that Fizzcrank has always been low on realm ranking and has lacked raiding competition since the start. With the competition we've had, different guilds have obtained realm first achievements, kills and raid clears, which placed them as number one during past tiers.

As a side note, the Gates of Ahn'Qiraj are open and many of the realm first titles/guild achievements have been taken.