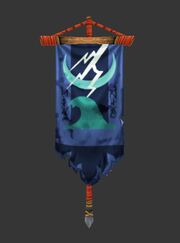 Stormreaver is a Player vs Player server for Blizzard's MMORPG, World of Warcraft. It was one of the first World of Warcraft servers released on launch day; November 23rd, 2004. At one time, Stormreaver was the most active PVP server in the US, it is now proudly part of Battlegroup 7 (Rampage). It has been home to some of the most prominent and well known guilds and players in the world in both PVE and PVP. It was also the home of the first worldwide level 60 (Xenif, Troll Rogue).

The realm was named after the Stormreaver Clan, one of the many Orc clans that made up the vast Horde in the First and Second wars. It was lead by Gul'dan and his most trusted Warlocks and supporters and was responsible for many events that shaped the course of Azeroth's history. Upon the death of Gul'Dan and the destruction of his clan at the Broken Isles, the few remaining members have scattered across the face of Azeroth, hiding in secluded places or joining the Twilight's Hammer.