Kill sha near 10 Hopeless Monks or Acolytes to inspire them. 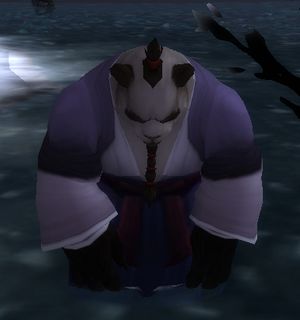 The sha have the mysterious ability to evoke powerful, often overwhelming, emotional responses in their victims.

As we fled the temple, senior members of the Crane Wing order stayed behind to cover our escape. They are no doubt being subjected to intense emotional trauma, and I fear they are not all strong enough to resist falling into despair.

<Name>, we have to show them there is still hope! Show them that despair CAN be defeated! 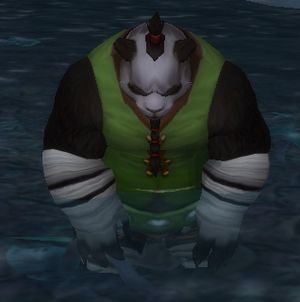 Look for Hopeless pandaren who are falling to despair and slay sha near them while I support you.

Pandaria is proving to be a land where the lines between metaphor and reality are blurred.

[87] Striking the Rain before heading out.

After picking up all three, Anduin will join the adventurer's party, adding a buff: Aura of Hope - "Fortified by Anduin Wrynn. When you defeat a sha creature at the Temple of the Red Crane, you regain a portion of your health and mana, and inspire nearby Hopeless Monks and Acolytes. The more powerful the sha vanquished, the greater the magnitude of these effects.

Head down to the temple and get started killing sha, making sure to kite them close to defenders before actually finishing them off, but don't focus on the killing yet. Valid units include Haunt of Despair, Incarnation of Despair, and Source of Despair. On either side of the temple are two very large pagodas with a Maw of Despair, a level 87 sha with 644,000 health. Kill all along the way down there, mindful of the location of the hopeless pandaren on the sha's death. The maw of despair will channel Wail of Despair - interrupt it quickly to limit the number of Ripple of Despair spawns. Kill around to the other side of the temple and cleanse the other pagoda. By this point, all three quests should be done.

My time with the Red Crane was short, but I learned a great deal under his tutelage.
This foe--this "sha" energy--is unlike anything we've ever faced. It is the physical manifestation of emotional turmoil, bottled in the land for centuries.
This emotional energy has now burst forth to find living, feeling hosts in which to reside.
The sha threatens to wash over the continent, possible the world, if we do not aid the pandaren in facing it down!