The Shadow Labyrinth is one of four instances in Auchindoun. It is occupied almost entirely by orcs and demons from the Burning Legion, such as felguards and shivarras. The instance comes to an end with a confrontation against the essence of sound, Murmur. The entry is granted from the south end of Auchindoun. The minimum required level to enter is 65. 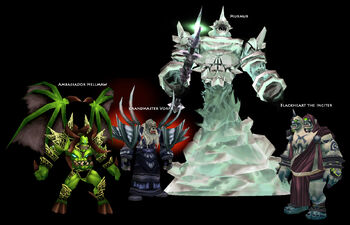 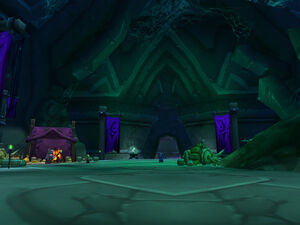 Normal trash mobs give 12 reputation to Lower City per kill (15 in Heroic); larger mobs, such as Fel Overseers and Malicious Instructors, give 24 (30 in Heroic). All bosses give 120 reputation (250 in Heroic mode). An average run, killing only the mobs needed to reach the end, gives approximately 2,000 reputation.