"I draw deep from the shadows to slake my thirst for power. I'm never thirsty for long."[1]

Shadowform is a level 12 Shadow priest ability. When used, it causes the priest to assume a Shadowform, increasing spell damage dealt by 10% . 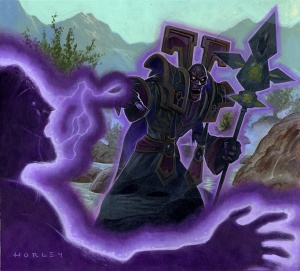 An undead priest in Shadowform.

Appearance-altering actions that take place while in Shadowform (such as being poisoned or diseased) will alter the character's appearance until Shadowform is dropped and reassumed.