Not to be confused with Faceless one. 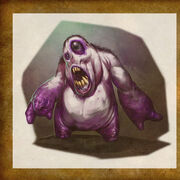 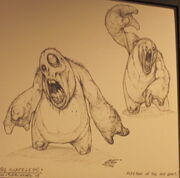 The Shapeless are a vaguely humanoid species that were described as the "Play-Doh of the Old Gods".

They may be creatures formed and shaped by the Old Gods; their name may imply some relation to the faceless ones.