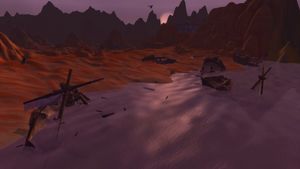 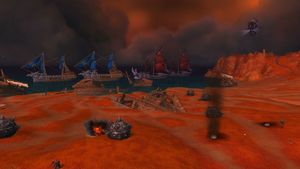 Shattershore during the Alliance and Horde offensive against the Iron Horde.

Shattershore is a part of the eastern coastline of the Blasted Lands. Gilnean ship wrecks litter the shore and ghosts of Gilnean worgen inhabit the area.

[Amulet of Grol] on it. It's unknown how it ended up here, or what caused the Gilneans to crash their ships and be killed off, but the Spirit of Grol may have something to do with it.