Shrine of the Ancients 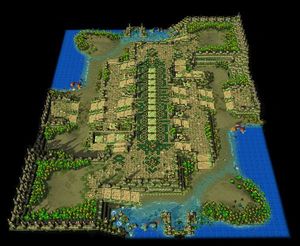 Shrine of the Ancients

There once existed a shrine to the ancient gods of lore, but all that remains is a ruin of rubble, sand, and ore. Legends persist of creatures from the sea that have surfaced to guard the treasures of an era long before.