Silithid larvae, also known as broodlings,[1] are young silithid that as of yet been specialized for any role in the hive. Eventually the broodling encases itself in a cocoon and changes into its new form, such as a wasp, reaver, swarmer, or possibly any type of silithid found useful to the hive. 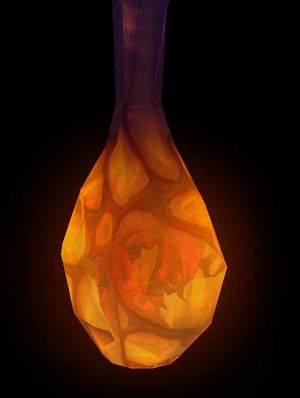 A Silithid Larva in final stage of his metamorphosis.

They can be found in the larger silithid hives in their chrysalis form. They cannot be targeted or attacked, and are essentially decoration.