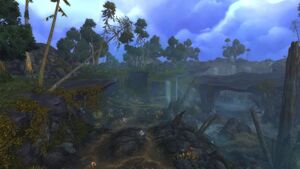 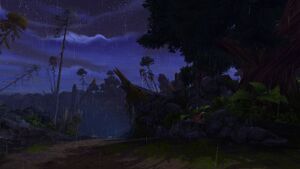 Skittering Hollow is an Island Expedition in Battle for Azeroth. It's a dark, rocky island inhabited by troggs, kobold and nerubians.[1] Mogu and forest trolls can also be found here.