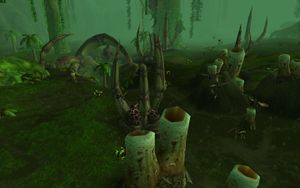 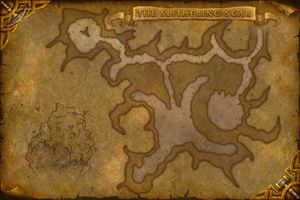 Map of the Slithering Scar. 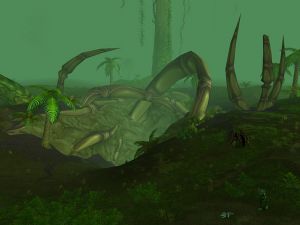 The scar before being expanded on.

The Slithering Scar is a medium sized silithid hive that takes up most of the southern Un'Goro Crater. This hive is home to the Gorishi sect, where they're currently raising a colossus that, when fully grown, will be released into Un'Goro.

This hive once had a queen, that was summoned by messing with the Gorishi Silithid Crystal within the hive.

Slithering Scar is home to one of the more savage and highly xenophobic silithid groups. They attack anything that approaches their hive with a ferocity matched only by the devilsaurs. If attacked, the silithid will not chase you down once you retreated from their territory.[1]