The term build is used in the context of software development to clearly identify a specific binary executable of a software project produced by a software-compiler. In this case, the executable is the client of World of Warcraft. 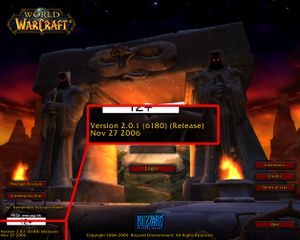 The World of Warcraft client is identified by a version number which increases by every major content patch released by Blizzard. Furthermore, there is also the build number which may increase several times during two content patches. The build number will be different (increase) every time a minor client patch or bug fix is released for the client whereas the version will not.