Soul Link is a passive level 42 Demonology warlock ability. It causes the warlock's demon pet to take 20% of the master's damage, and both to be healed by absorption granted by 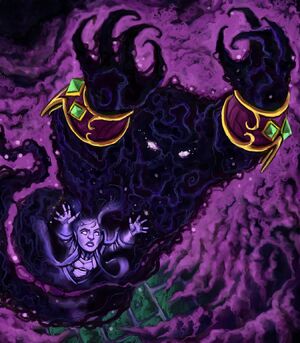 Formerly redirected 50% of all damage and lasted for 30 seconds, but was dispellable.