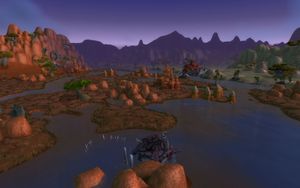 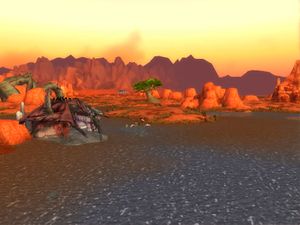 The Southfury Watershed is a large area in central western Durotar flooded during the Shattering. It is a dangerous area densely occupied by quilboars, scorpids, crocolisks, and raptors. The region previously has an appearance similar to the rest of Durotar. It is bordered by the Southfury River to the west, the Razormane Grounds to the south, Razor Hill to the east, Razorwind Canyon to the northeast, and Tor'kren Farm and Thunder Ridge to the north. The zone of Northern Barrens is accessible from here by heading west across the Southfury river.

In World of Warcraft, the Watershed is a questing area involved with the guard tower in the western part of Razor Hill. Many residents were lost during the flooding of the region, and the ones that have survived need to be rescued.