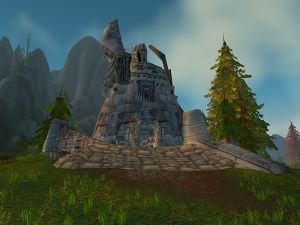 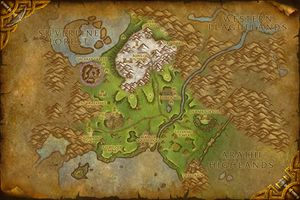 was a ruined scout tower at the far west end of Hillsbrad Foothills, just south of the road to Silverpine Forest. The Forsaken Deathstalker Lesh was stationed there, spying on the Alliance activity in the area. Lesh was often killed by Alliance players because of her secluded position. Before Patch 2.1, this area, as well as Hillsbrad Fields nearby, was accessible to players who explored the Old Hillsbrad Foothills instance in the Caverns of Time. This tower was not ruined in the instance, nor was the unnamed tower between Tarren Mill and Southshore.

After the Forsaken at last claimed victory in the Battle for Hillsbrad, Southpoint Tower was completely demolished and Southpoint Gate was erected in its place, leaving no trace of the former human structure.