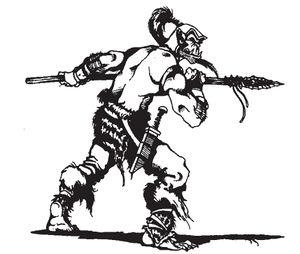 Spearmen (or spear throwers) are units that use spears in battle. The spearthrowers of the many troll tribes are especially trained as trackers and hunters and thus are rather classified as headhunters.

Grunts trained in the use of the spear. They were faster than their ax wielding brethren, but had lighter armor so that they may move about more freely. The ability to hurl their deadly missiles across a battlefield made them a formidable unit to employ.[1]