From Wowpedia
(Redirected from Spirit Beast)
Jump to: navigation, search 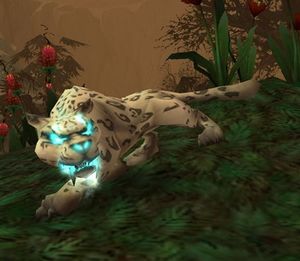 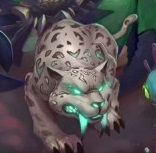 A spirit beast similar to Loque'nahak as seen in a piece of Hearthstone artwork.

Spirit beasts are the embodied spirits of the natural world.[citation needed]

They are naturally incorporeal, but may take a true physical form to fight for the druid or shaman who called them. Fighting a spirit beast is harrowing, as the creature phases in and out of existence, rarely appearing in the same place twice during battle. Spirit beasts appear like regular animals, but bear glowing auras and are slightly translucent, even when visible.[1]

The following creatures are believed to be spirit beasts:

Spirit beasts are a rare class of creatures found throughout the regions of Azeroth. Not much is really known about them although more tend to be discovered as the adventurers travel to new regions. Only Beast Mastery Hunters with the level 65 ability

[Exotic Beasts] can tame and summon these exotic beasts.

Tameable, but only exists in Northrend.