Spirit of vengeance in The Frozen Throne.

During the Burning Legion's third invasion, spirits of vengeance appeared on the bridge leading to the traitor Cordana Felsong in the Vault of the Wardens.

During the Fourth War, the spirits of Vengeance summoned during the Battle for Darkshore took the appearance of the burned Darnassus civilians instead of looking like dark wardens. 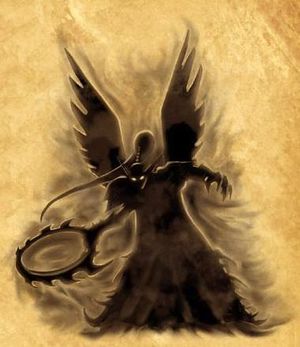 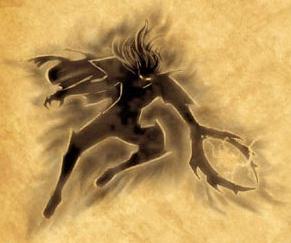 Spirits of Vengeance possess little of the cunning of the avatar that created them. When uncontrolled, they move toward living creatures and hack them apart. Some spirits target specific creatures particularly deserving of vengeful judgment, ignoring innocents. A Spirit of Vengeance's weapon is a shadowy extension of itself. Their weapons can take many forms; most resemble either the weapon of the avatar that created them or the weapons of the living creatures from which they were summoned.[2] 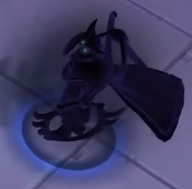 In Heroes of the Storm.