The Spring Balloon Festival is a micro-holiday event that takes place around Azeroth and alternate Draenor. Balloon pilots travel around the world to bring their balloons to various places. Any denizen of Azeroth can find them on their map and should they visit them, they will be taken for a ride.

The skies are clear, the wind is calm... it's a great day for hot air ballooning. Hop into a hot air balloon, enjoy the scenery, and make some new friends!

When you arrive to a balloon destination, you must talk to the balloon owner to queue up. When three people have queued up, the ride can begin. 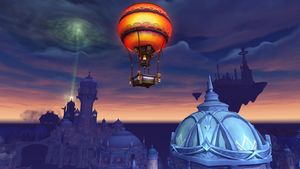 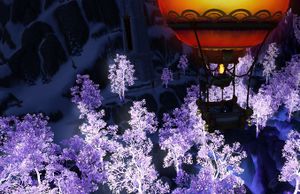 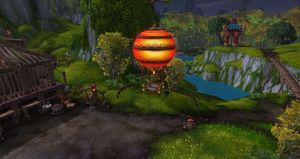