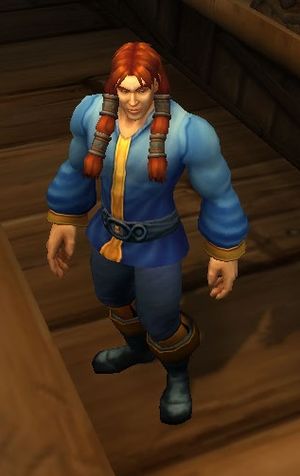 Steven as he appears in World of Warcraft

Soon after Thassarian approached Varian Wrynn to tell him about the Knight of the Ebon Blade, the death knight traveled to the Blue Recluse for a drink. He chose this place as he used go there for the "great food, drinks and conversation". He started such a conversation with Steven when he ordered a mug of ale. Steven told him that he had heard of the king's announcement and asked him what he will do when the Lich King is dead. When Steven asked him if he will return to his family, Thassarian simply said he had no family.[1]