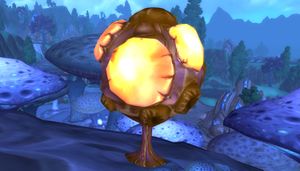 To get to the top of the mushroom, start at Exarch's Rise, the high point above Elodor, where the capstone quest in "The Pursuit of Justice" chapter of the Shadowmoon Valley storyline played out. From the rise at [60.5, 20.6]

at the northwestern end of the pool, look uphill to the northwest to find a similarly-sized rock outcrop two ledges up. On the ledge at [59.5, 17.5]

turn northwest, then jump down another ledge and then follow the path to it's end, stopping at [56.2, 18.4]

. From there, it should be an easy jump on top of the mushroom to reach the Strange Spore. Loot it to acquire the 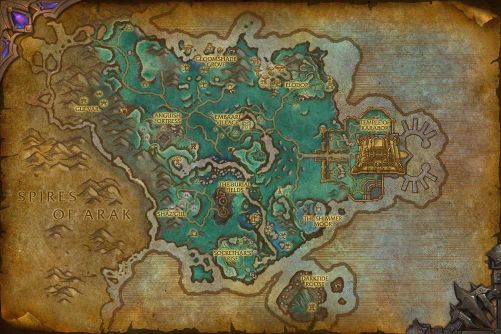 To check whether the Strange Spore has been looted, copy and paste this command into the chat window:

If a "true" appears in the chat window, the Strange Spore has been looted; "false" indicates the opposite.