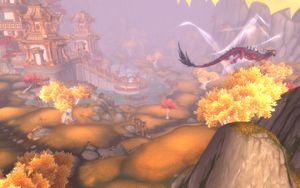 lie on the east side of the Vale of Eternal Blossoms, between the Golden Pagoda, Shrine of Two Moons, Mogu'shan Palace, and the Shrine of Seven Stars. 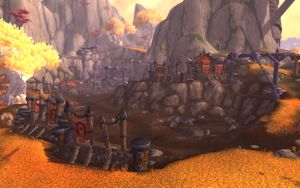 In patch 5.3, the Bilgewater goblins have dug out the southwestern corner of the fields on the orders of Garrosh Hellscream, looking for more power. This has resulted in the Big Blossom Excavation. Taran Zhu, on behalf of the Shado-Pan, is notably displeased, and it fell to Sunwalker Dezco to try to explain the situation. 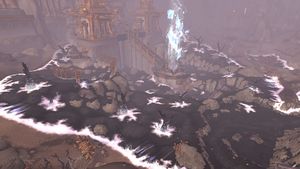 The feedback from the summoning of the Sha of Pride completely obliterated the Summer Fields and surrounding areas. Vestiges and manifestations of pride have flooded the area and any remaining wildlife have been corrupted. Quid, a water spirit formerly at Mistfall Village, has found itself displaced to what's left of the pond.

By the time of the Fourth War, the Vale had healed and the Summer Fields had returned.