Sunder Armor is one of the warrior's basic threat generation abilities. It is an instant attack that decreases your opponent's armor by 4% per stack. Sundering generates a high amount of threat, making it especially useful for tanking. Not only will it help you keep your opponent focused on you instead of your teammates, it will also increase the amount of damage you and your party members deal. 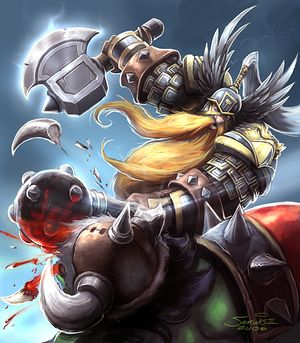 Threat is still generated by using this ability when there are already 3 Weakened Armor stacked on the target.