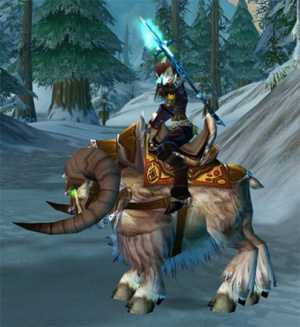 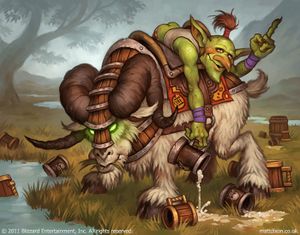 Swift Brewfest Ram can possibly be obtained inside the

[Keg-Shaped Treasure Chest] awarded once-per-day for killing Coren Direbrew in Blackrock Depths during the Brewfest event. This mount is available to players of both factions, and not just the Alliance.[1]

Dwarves attribute this breed's even temperament to rigorous training, but other races argue that a daily diet of strong ale has something to do with it.

[Have Keg, Will Travel] and the Feat of Strength