From Wowpedia
(Redirected from Syndri)
Jump to: navigation, search 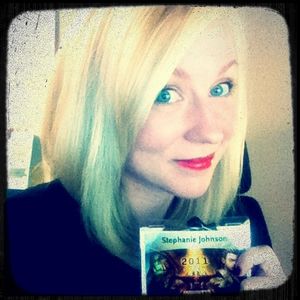 Syndri was a Blizzard employee who frequently used to post on the US World of Warcraft Customer Service Forum. Her avatar was a Sprite Darter, a small dragonkin found in the hills of Feralas. She was known for her addiction to coffee and her eloquent vocabulary. She was, at one time, an English major.[4]

She worked out of the Irvine, California office.[5]

On July 18th, 2010, Auryk confirmed that both she and Malkorix had moved on to other opportunities within Blizzard Entertainment. [6] She made her last post as a Customer Service Forum representative on June 26th, 2010.

Lylirra was introduced as a Community Manager June 30th, 2010 in this thread.[7]

Lylirra's name is a "byproduct of watching season 2 of Dexter and then listening to Loreena McKennitt's cover of The Lady of Shalott. (In Dexter, there's a character named "Lila" and in The Lady of Shalott, the lyrics "[t]irra lirra" appear in the 12th stanza.) My characters' names, though? They're fairly boring by comparison and are typically just common, relatively short words in the English language that somehow relate to the character's class or race. :P"[8]

Lylirra is part of the Community Team that won "Best Community Management team" at Dragon*Con 2012.[9]