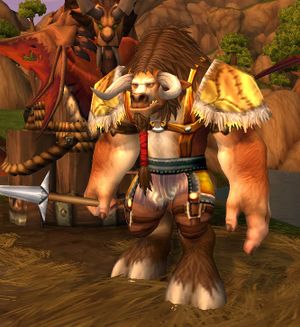 Tal is the flight master located at located in the wind rider roost in the tauren city of Thunder Bluff. He is also seen in Wor'var in Nagrand on Draenor.

When mounted on the back of a wind rider, one sees that its reputation for strength and speed is well earned.