Taretha Foxton, otherwise known as Tari, was a close personal friend of the future Warchief Thrall during his early life as a slave of Aedelas Blackmoore, and was the closest thing to a family Thrall had. She was instrumental in aiding Thrall break free from his captivity to find his destiny beyond the walls of Durnholde. She was one of the few humans who taught Thrall the meaning of honor and decency.

Had Taretha been born in a major city, her life would have been different. As it was, Tari was the daughter of Blackmoore's personal secretary, Tammis Foxton, and despite her intelligence was not allowed to become the woman she might have been.[1]

Despite her minor role, a mere footnote in the annals of history, Taretha Foxton's actions forever changed the orcs.

Taretha, a child of five years, ensured Thrall's survival as an infant by being the only person in Durnholde to realize he was a baby — he simply couldn't eat the meat the guards gave him because he didn't have teeth. When she innocently posed this information, Thrall's diet was hastily changed to milk and he thrived in the Foxton household, nursed by Taretha's own mother. When Thrall was eventually weaned, he was taken away and Tari wept bitter tears for the green-skinned child she regarded as her little brother.

Years later, Tari, still in her preteens, was given the task to bring books on military strategy to Thrall, at the suggestion of Blackmoore's military advisor, Sergeant, to train the young orc in tactics and war. Tari used the books, by slipping notes inside the pages, to keep up a correspondence with Thrall, still managing to hide her unusually sharp intelligence.

At some point, about ten years ago, Blackmoore made Taretha his mistress, a position she secretly despised (there are references to strange bruises on her wrists). At some point, Arthas Menethil visited Durhholde Keep in order to watch Thrall in a fight. Arthas remained in the keep during the next night. Aedelas sent Taretha to Arthas to please him however, Arthas and Taretha were just chatting. Arthas compared Taretha to Jaina by appearance.[2]

After Thrall was savagely beaten for losing in the arena, Tari helped him in his desire to escape Durnholde. Tari set fire to the encampment after setting all the animals free as a distraction, then helped her friend escape by leaving him a large cloak with which to sneak out the front gate while the guards were busy. When Thrall spotted her injuries due to her unwilling relationship with Blackmoore, he begged her to go with him, but Tari refused for the sake of her family. Tari gave Thrall a necklace with the emblem of a crescent moon as a means of contacting her should he ever need help.

Eventually, Thrall did need help. Tari was asked by her friend, now the Warchief of a new Horde, to help them negotiate with Blackmoore. Tari insisted that it was pointless and when the Orc asked her to come with them, to protect her from his army attacking, she again declined to leave. Unfortunately, Blackmoore had her followed, and when she returned, he questioned and imprisoned her, her tragic fate coming to fruition with the Lieutenant General becoming drunk enough to order her execution.

The following day, Thrall arrived with his army and demanded Blackmoore to stand down, and free his people. After a slurred conversation, a very drunk Blackmoore hurled Taretha's head at Thrall from the battlements. The sight of the dead woman was so shocking that Thrall cried emotional tears for the first time in his life. The loss of the woman who for years had been his only friend and family enraged the shaman Warchief, and he ordered his army to attack Durnholde, eventually killing Blackmoore in a duel. After evacuating the keep of humans and sending Blackmoore's second in command Langston to the Alliance with a warning, he asked the Spirit of the Earth to destroy Durnholde Keep, leaving it in ruins.[3]

A version of Taretha Foxton existed in a timeway where history turned out completely different and which was entered by Thrall during the Cataclysm era.[4]

Years later, after Thrall became the new Warchief, he sent a number of orc volunteers to Durnholde Keep on a mission to investigate the Syndicate activity in the area, as well as recover

[Taretha's Necklace] (the same one she once gave to him, but returned to her parents after Tari's death and the fall of Durnholde) now worn by Elysa, a mistress of Lord Aliden Perenolde, the leader of the Syndicate who believed in slavery and sought to subjugate orcs once again. The mission was initially a failure with the leader Gol'Dir and his companions Drull and Tog'Thar being captured by the Syndicate. Krusk escaped, however, and enlists the aid of Horde players to help rescue his comrades and recover the necklace, slaying Lord Aliden in the process.

The necklace eventually ended up with Thrall, understandably becoming a treasured possession and keepsake of his lost sister and always keeping it close to him as a shaman of the Earthen Ring. When he was traveling in time, he got to an alternate timeline, where he met Taretha who wanted him to deliver into slavery. Thrall convinced her of who he was by showing her the necklace.

Taretha was instrumental in allowing Thrall to escape from Durnholde. However, when players enter Old Hillsbrad, they find out that the infinite dragonflight has captured Taretha and is holding her prisoner in Tarren Mill, west of Durnholde. Without Taretha's intervention, Thrall would not be able to escape Durnholde. Players must travel through the Caverns of Time, aid Thrall in his escape from Durnholde, and then travel to Tarren Mill to free Taretha from the massive infinite dragon known as Epoch Hunter. Taretha's model in-game is nearly identical to Jaina's, corroborating the various sources that note their similarities, however with Jaina's updated model with patch 3.3, the similarities are not as apparent.

When Thrall visited the Caverns of Time in Thrall: Twilight of the Aspects, Chronalis informed him that adventurers had helped to preserve his own history through the Escape from Durnholde Keep event, as his own memories had been erased of the interference. Thrall felt humbled and grateful to know that he had been helped in such a way, and requested that the mortal agents of the Bronze flight be asked to be gentle with Taretha if they met her.[5] 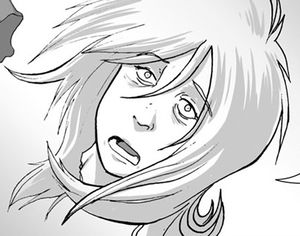 By helping Thrall escape, Taretha ensured the future of the Horde by giving them a new Warchief. Taretha was willing to trust other orcs she met in Thrall's company, showing Frostwolf and Warsong orcs that peace (or at least cooperation) between the two races was possible.

Jaina Proudmoore somehow reminded Thrall of Taretha,[6] and this may have helped Thrall overcome his distaste for humans and trust the Alliance. In any case, it was Tari who first showed Thrall that friendship between humans and orcs was possible, and this lesson enabled the Alliance and the Horde to ally with each other, defeating Mannoroth and later joining the Sentinels at Mount Hyjal to vanquish Archimonde.

Taretha Foxton was indirectly responsible for freeing the orcs from their curse and saving Azeroth from the Defiler. To date, Taretha Foxton is the only human who has had a lok'vadnod ("Song of a Hero") composed in her honor.

During the War Against the Nightmare, Taretha acted in Thrall's nightmare where he again wasn't able to save her.[7]

When Thrall underwent the vision-quest in Nagrand shortly before the Shattering, one of his visions was about Taretha.[8]

According to Thrall, Taretha never lived beyond her midtwenties.[11] Her alternate universe Taretha Foxton said that her mother died when she was eight. If Thrall's statement is taken to be true, alternate universe Clannia would have to die in Year 1, and Taretha would have been born in Year -7 and she would die at the age of 25 in Year 18. Or Year 2, Year -6 and at the age of 24 in Year 18.