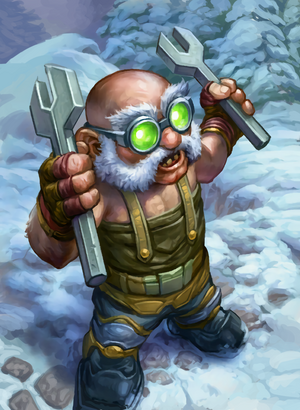 After the initial retaking of Gnomeregan, Gelbin Mekkatorque deployed technicians to work on its broken ventilation to keep the mechanical city smelling fresh and clean.[8] During the Fourth War, the Alliance and Horde deployed several well-known technicians during their campaigns.