Terrace of the Sun 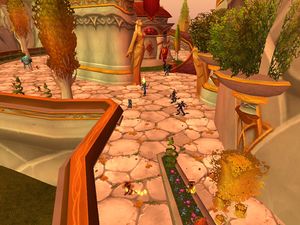 The Terrace with several mobs of demons. 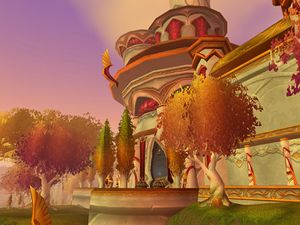 The Terrace from Parhelion Plaza.

Terrace of the Sun is an area inside Sunwell Plateau. It is the third outside subzone of the plateau and, like the Parhelion Plaza, is where a majority of its mobs species is found lurking. It is overrun by various Legion demons and the felblood elves.

The Terrace is split into 2 parts, the infamous gauntlet after the Dead Scar, and the open balcony & spiraling ramp section after the Witch's Sanctum that leads to M'uru.