Thalassian is the primary language of blood elves and high elves (and by extension, of the void elves). It has both written and spoken equivalents. Individuals who are unfamiliar with the language's proper name may refer to it as High Elven.

Like Nazja, Thalassian is derived from the Darnassian language. Hence, Thalassian is closely related to Darnassian and there is some overlap between the two languages. Further Darnassian utterances may, therefore, have been preserved in modern Thalassian, in addition to those that are specified below.

So far, linguistic scholars have opted to err on the side of caution in documenting Darnassian terms and phrases that are also considered part of the Thalassian language. Certainly, this issue, however delicate, merits further research. Nevertheless, addressing a high elf or blood elf with a Darnassian-specific word or phrase can be considered offensive or at the very least rather foolish, and so the speaker must handle the situation with care.[1]

Thalassian is one of the four known elven dialects.[2] 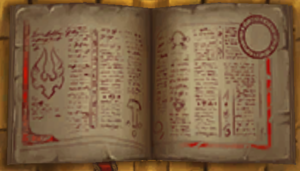 Here are a few common Thalassian phrases and words, for which the translations have been officially confirmed by Blizzard:

This is the list of words created by the in-game language parser for the Thalassian language and is listed as language number ten (word range 800-901) in the Language text file.

In the in-game translator, the language parser for Thalassian shares similar words with the Darnassian parser.

The past is a burden to the high elves, yet they maintain naming rituals that are millennia old. Many of the names of elven priests and heroes have become the names used for elves in modern times. The high elves share a connection with the sun that is quite prevalent in their choice of family names.