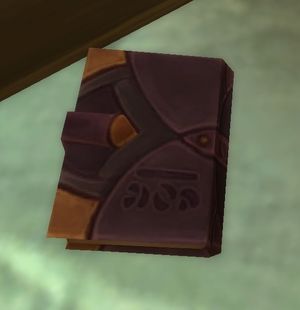 [Royal Seal of Eldre'Thalas]. The trinket is considered to be the least useful of the Dire Maul class trinkets. A physical copy of the book can also be found during the Deaths of Chromie in the Well of Eternity.