For other uses, see Avalanche. 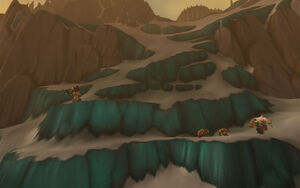 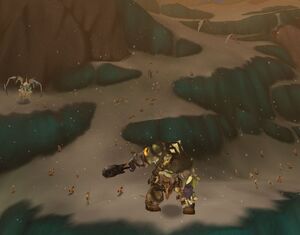 The Avalanche is an area in northeastern Sholazar Basin that is overflowing with Scourge forces and is the point of entry for The Lich King's invasion of the zone. This seems to have occurred due to a nearby Titan pylon — Titan pylons scattered throughout Sholazar Basin were created in order to protect the land — collapsing.

[77] Reconnaissance Flight requires players to accompany Pilot Vic to scout the area. The Avatar of Freya asks players in the quest

[78] Reclamation to destroy the overlords leading the invasion, and will reward handsomely.