From Wowpedia
(Redirected from The Comic Volume 2)
Jump to: navigation, search 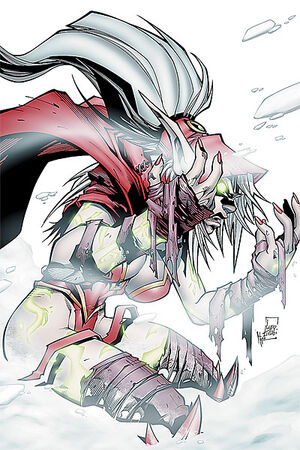 It contains the following issues:

The second WORLD OF WARCRAFT collection, featuring issues #8-14 of the hit series, tells the saga of the Missing King of Stormwind. Upon learning he is in fact the lost ruler of Stormwind, Lo'Gosh returns to reclaim his throne with his comrades-in-arms Valeera and Broll. But all is not as it seems in the Eastern Kingdoms, especially if one informed dwarf has anything to say about it.