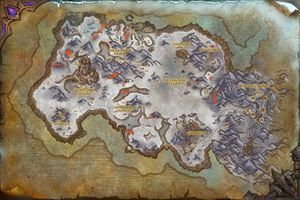 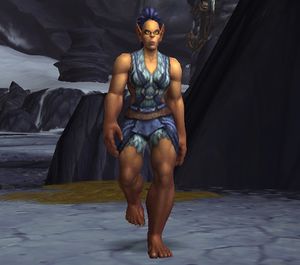 Cowards! A curse on these wretched meatbags!

The Bladespire have always taunted the orc clans by taking our wounded as slaves to fight like dogs in their pits.

In retaliation for our assault they have poisoned their orc prisoners, leaving them to suffer and die an excruciating death.

Only their geomancers carry the antidote, traveler. Use it to cure the Frostwolf prisoners.

You have done the Frostwolf Clan a service, traveler. I shall be sure to tell Durotan of your deeds.

[91] The Warlord's Guard before heading out. Exit the building and head east, killing geomancers and avoiding maulers and ogron.

Also, find The Beater in a small cave south of the road. It drops

[Beater's Beat Stick] and some

After completing "The Bounty of Bladespire", two optional side quests and a wanted poster open up:

After completing "Pool of Visions", two optional side quests open up: